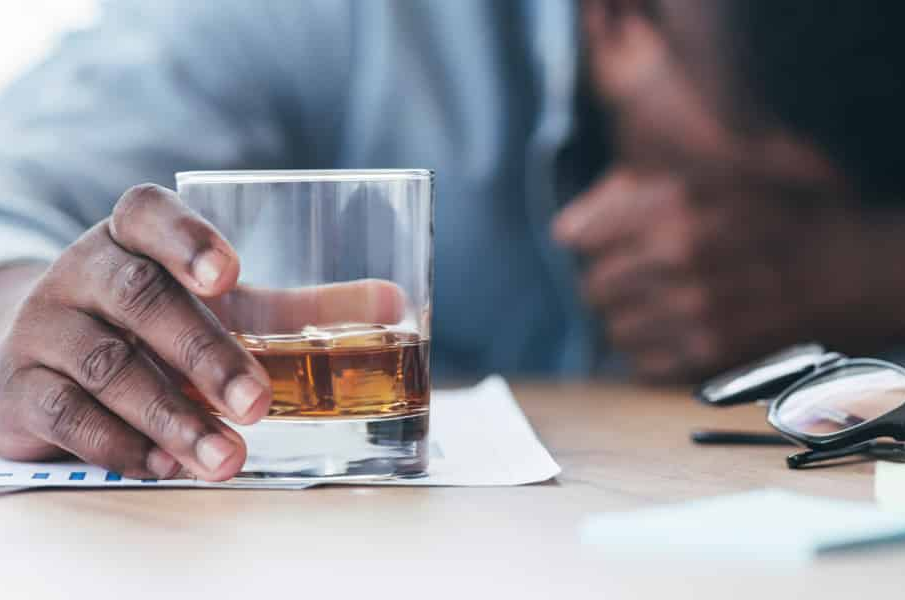 Alcohol withdrawal is thought to be induced by a variety of abnormalities in brain activity brought on by long-term and excessive alcohol abuse. Though the neurochemical aspects of alcohol withdrawal syndrome are complex, the symptoms it causes are a compensatory response to past disruptions in both excitatory and inhibitory neurotransmitter activity—the balance between the two having been thrown off by long-term alcohol abuse.The effects of alcohol on the body are complex, two neurochemicals in particular have a role in both the short-term consequences of drinking and the development of alcohol withdrawal syndrome when someone stops drinking: gamma aminobutyric acid (GABA) and glutamate.

When a person consumes alcohol, it alters the activity of GABA receptors as well as some glutamate receptors, causing a slowing of brain function that manifests as reduced anxiety and drowsiness. To compensate for the effects of alcohol on these levels, the brain reduces the quantity of GABA released while increases glutamate signaling. This adaptation is called “tolerance” since it works as long as you keep drinking alcohol.

You can experience withdrawal symptoms as soon as hours after quitting or drastically reducing your alcohol consumption because your brain activity is disrupted, which results in a hyperaroused state. The degree of withdrawal symptoms varies widely from person to person, and it is estimated that over 80% of people with an alcohol use disorder will suffer withdrawal symptoms.

Symptoms of Alcohol Withdrawal that are Frequently Experienced

When you abruptly stop drinking alcohol after drinking heavily on a regular basis, you may experience one or more alcohol withdrawal symptoms. In light of your previous alcohol consumption, the sensations may range from mild to severe and life-threatening. Though symptoms usually appear eight hours after your last drink, it’s possible that you won’t feel them for several days. These symptoms often peak between 24 and 72 hours after your last drink, though lesser symptoms can extend considerably longer in some people.

The following are some examples of common symptoms:

Withdrawal Symptoms That Are Extremely Severe

The symptoms of alcohol withdrawal that are most severe are delirium tremens also known as the DTs. Delirium tremens affects approximately 3% to 5% of persons who stop drinking heavily. If you or a loved one exhibits any DTs symptoms, get immediate medical attention because symptoms can worsen if left untreated. Some DT symptoms include:

In hospitals and detox clinics, the staff is familiar with these symptoms and has the resources to treat them properly.

Although alcohol withdrawal can be a dangerous and terrible experience, it is an essential phase in the recovery process. Alcohol withdrawal is a safer and easier process when it is done under the supervision of medical professionals. To discover out what choices are available to you, contact Taylor Recovery Center immediately.