The Wedding Deals and the Right Rings for You 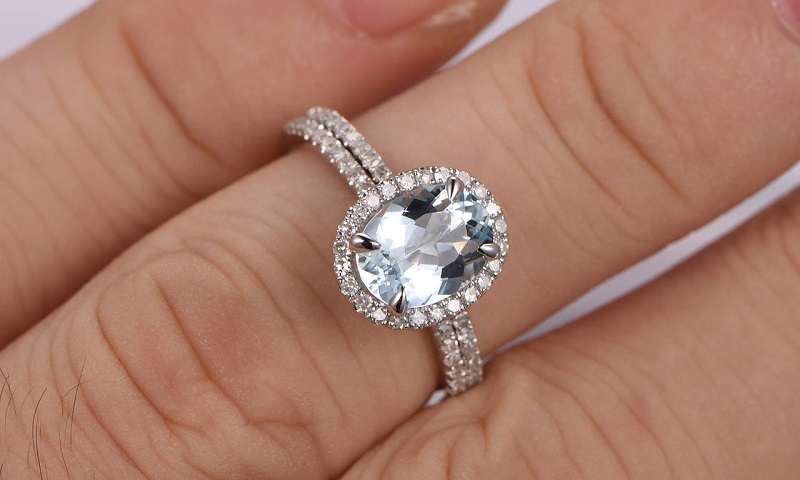 Attaching a wedding ring has a long tradition that goes back to ancient times. Back then, a sign that the bride had received the dowry, the wedding ring became the romantic symbol we know today. The Diamond Wedding Rings stand for the promise of marriage, it symbolizes dedication and obligation towards the beloved partner. The shape of the ring already indicates the meaning: it is circular without beginning and end and thus became a universal sign of eternal love and loyalty, perfection and infinity.

The wedding ring meaning has changed over the course of its history from antiquity to the present day. According to prehistoric believe there is direct heart to heart connection and therefore the loved one put the ring on the left hand, the heart side as a sign of infinite love and eternal connection.

Already in the middle ages, the woman received a ring from her adore as a promise of marriage this was taken so seriously that women were prohibited from putting on a ring just for fun. Later, the so-called twin rings appeared. It’s a pair of rings that can be worn together. The man wore his ring until the wedding, and then it was given to the woman, who wore it as a wedding ring.

Today, a wedding ring is an integral part of the official announcement of a wedding. In this country, only women traditionally wear an wedding ring. The man is usually the one who chooses the ring and buys it.

While in other countries the value of the wedding ring depends, for example, on the income of the man, in this country more value is placed on the ring being liked by the woman. Of course, the choice of material and the size of the diamonds also play an important role in this country, but for most women individuality and the wedding ring are important. Most of the wearers attach particular importance to the traditional meaning of the ring it wears it as a symbol of the imperishable love and loyalty to her partner.

Presenting wedding rings is still a trend. In most classes, this tradition is actually quite young. In the past, the custom was reserved for wedding rings to be given to nobles willing to marry and to rich citizens of the upper social classes. A wedding ring made of precious metal and diamond was simply too expensive for ordinary people.

With the economic boom of the 1950s, salaries rose and more and more men were able to give their loved ones a precious ring for wedding. The ritual of the upper class has become a wedding ring tradition for everyone. The number of couples in which at least one of the two partners has a wedding ring has been increasing continuously since the 1970s. 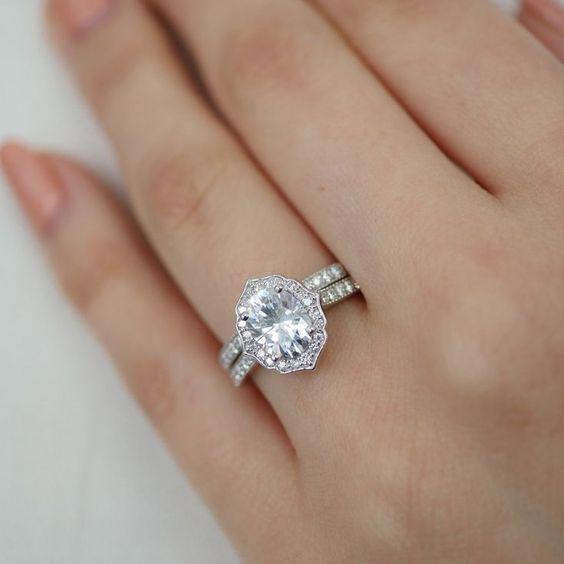 The wedding ring trend, in which the man surprised his partner to propose, is still going on today. In the past, it was quite common for the man to wear a wedding ring. Today over 90% of their loved ones give a ring for wedding, but only get a ring slipped on at the wedding.

Numerous celebrity couples with opulent rings and unusual wedding events ensure that the romantic custom is not quickly forgotten. Young people like to emulate the customs of celebrities and so the next generation will probably continue the popular wedding ring tradition.

Wedding ring why actually? Again and again this question is asked by men who are not clear about the traditional meaning and emotional value of an wedding ring. Here are the top reasons why it feels worth spending a fortune on a diamond wedding ring:

Wedding rings: the importance of gemstones

Finely crafted wedding rings on which a sparkling gemstone is enthroned provide a visual highlight on the ring finger. Gemstones have always had a special fascination for us humans. Due to their variety of colors, depth of pattern and rarity, different, abstract ideas have been closely linked to the individual stone types over the centuries. Accordingly, certain stones have established themselves as a classic ingredient in wedding rings. Charged with weighty meaning, they adorn the rings of life partners, the symbol of their eternal love.

Classic for the wedding ring

Diamond is the dream of all women and the most powerful of all gemstones. In the middle ages, anyone who could afford it wore a diamond close to their hearts to protect them from bad dreams. In fact, the gem is characterized by its pronounced hardness and therefore still symbolizes a love that is indestructible and eternal.

In the meantime, the sapphire is commercially available in many different colors, but traditionally it is presented in a beautiful, rich shade of blue. The stone itself symbolizes pure love, its blue color for loyalty between the spouses. Whoever wears a sapphire as jewelry therefore has a protector of marital virtue at his side.

As the most precious of all gemstones, the ruby ​​has always aroused desires. It shines in a fascinating, rich red no stone could look more noble than this. The ruby ​​is said to be able to avert grief and strife from its bearer. In addition, it should protect the owner from humiliation.

With its dark to blue-green color, the emerald is said to remind of spring, the season of love and fertility. According to popular belief, the stone promotes marital fidelity, but also the ambition and passion of the partners. As a particularly rare gem, the emerald also symbolizes the only true love that is as difficult to find as it is.

The gemstone aquamarine is named after its distinctive color. Its rich blue is reminiscent of the depths of the ocean. According to a legend, the aquamarine stones come from a treasure that was guarded by mermaids. Wearing an aquamarine on your finger is said to provide both wealth and happiness in marriage.